Google is putting its foot down. For over a decade, individuals and small businesses had their free lunch. They enjoyed free customized emails from Google.

Everything changed in January 2022, when the Silicon Valley Titan released an update informing Small Businesses in the G Suite platform that the free features will have to go. Complimentary subscribers must switch to paid subscriptions by August 1 or lose their Google integrations. 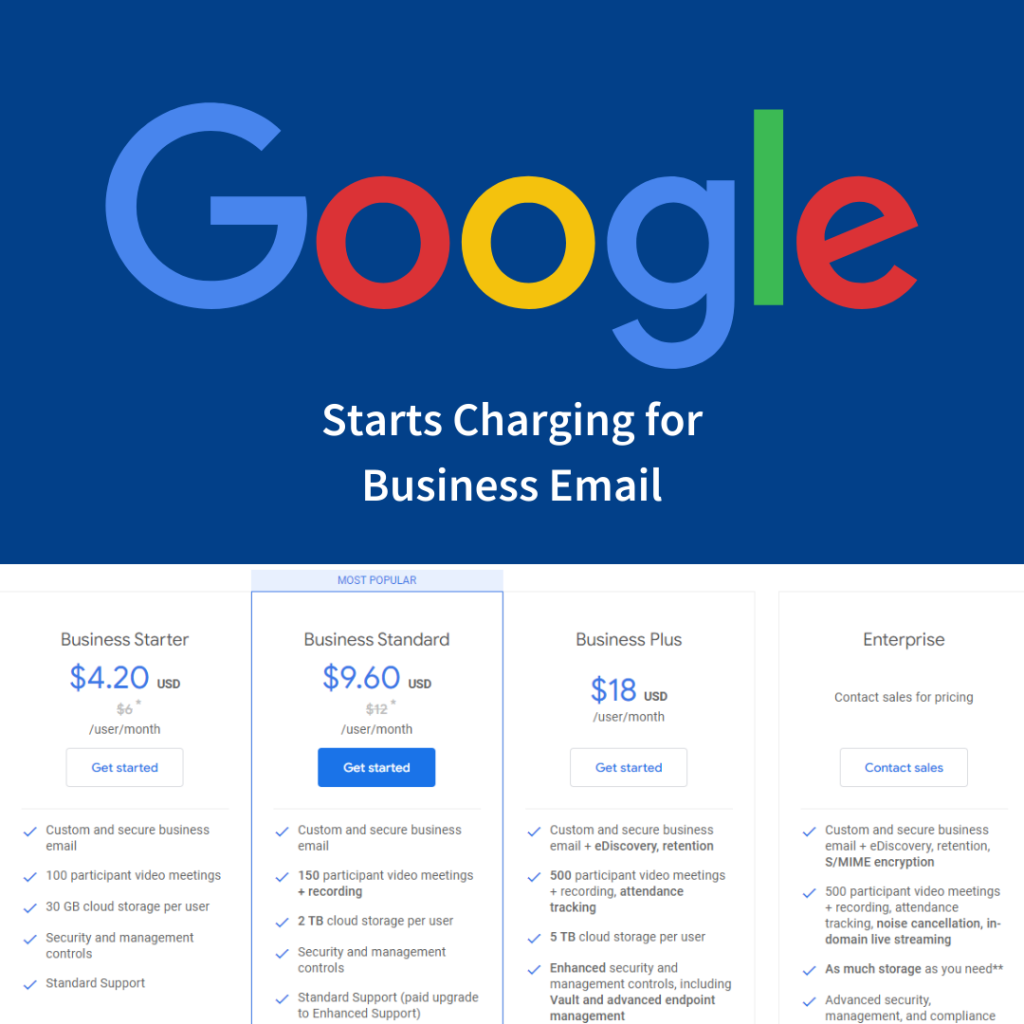 Entrepreneurs are predictably shocked. As far as online collaboration tools are concerned, Google Workspace isn’t cheap. The leader in virtual Workspace is now charging 6 USD per person per month (paid annually) for their basic package. Meanwhile, Microsoft 365 offers similar functionalities for a much lower price.

Most startups are already in the more affordable Microsoft 365, which has overtaken Google Workspace’s subscriber count.

Workspace remains the choice of medium and large companies, especially in the health care industry, for its security and convenience features. However, the tech giant used to be lenient towards its legacies, smaller companies that have been with Google since its early G-Suite days.

However, nothing should come as a shock if you look at the bigger picture. In recent years, Google has been on the path of monetizing its previously free features. Customized corporate email addresses are among the few free features left. Google Photos has already forced users to sign up for a subscription if they want to keep using the service.

Google Workspace, formerly G Suite, emerged in 2006 as a free service for people and companies. The software was renamed “Google Apps” in 2011 and switched to a subscription-based revenue model. Companies registered for free accounts between these years were permitted to forego the subscription.

Following strong reactions from legacies, Google has changed its initial deadline from May 1 to July 1.

With the new start date on the horizon, many small business owners have expressed dissatisfaction with Google for allegedly breaking a commitment to provide these products for free. You’d think Google would want to make moving to a paid subscription as simple as possible to generate money, but support from Google has reportedly been completely unhelpful in this regard.

Two Ways to Look at Things

The abrupt change serves as a reminder that free platforms can be taken away. Many small business owners who have treated Workspace as a part of their business are now facing a tough choice.

“They’re basically strong-arming us to switch to something paid after they got us hooked on this free service,” said Richard J. Dalton Jr., a longtime user who operates a scholastic test-prep company in Vancouver, British Columbia.

Adapting to the Changing Times

However, Google might not be alone in limiting the perks of free users. In fact, it’s becoming a trend in e-commerce to limit freebies as they usually attract non-paying customers. A new era has begun, and it’s undoubtedly greedier.

IT At Your Service.

Secure your business in the digital world. Collaborate with Microsoft 365 or Google Workspace. We’ll be there when you need us.